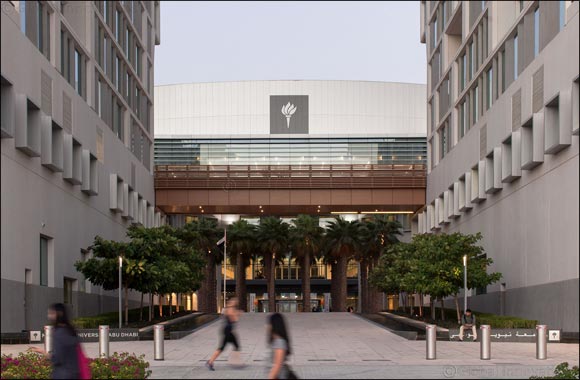 The students were selected based on consideration of their academic achievement, English-language comprehension, motivation to attend college, leadership and interpersonal skills, and potential for growth and improvement.

Taking place during the two summers following the 10th and 11th grades and including three semesters of online and in-person instruction throughout the academic year, the Summer Academy introduces students to the academic standards, norms, and values appropriate to the culture of leading international higher education institutions, in addition to providing college admission counseling. This comprehensive educational experience is supported both in the classroom and through extracurricular activities at NYUAD, NYU New York, and NYU Florence.

During the first summer period, students study for approximately three weeks at NYUAD, and have the opportunity to travel to NYU’s academic center in Florence, Italy for nine additional days of study. The second summer session is similarly divided between Abu Dhabi and NYU New York. In addition to continuing their academic program in Florence and New York, the students engage in cultural activities such as visits to museums, historical sites, cultural events, and private meetings with local leaders. To provide continued support throughout the academic year, students also participate in online instruction and assignments, test preparation (ACT, SAT, IELTS, TOEFL), and two face-to-face weekend programs during the academic year.

“I am delighted to see the caliber of the new class of Summer Academy students,” said the Academy’s Executive Director Diane C. Yu, who also serves as Counselor to Leadership at NYU Abu Dhabi. “Students first had to be nominated by their high schools for their academic excellence and leadership abilities, and then we chose a number of finalists to bring to campus for interviews. The successful students won the Sheikh Mohamed bin Zayed Scholarship for Outstanding High School Students, and are entitled to enroll this summer in the NYUAD Summer Academy. We hope that they will benefit greatly from our college preparatory program that will test their academic, leadership, and cross-cultural knowledge and skills to make them ready for admission into top tier colleges and to assume roles as future leaders of the nation.”

The Class of 2017 recipients of the Sheikh Mohamed bin Zayed Scholarship for Outstanding High School Students are:

Next in Education & Training


ACJ Partners with Citadel to Extend its Service Centre Network

AWS Makes Water Positive Commitment to Return More Water to Communities Than It ...

The Most Prevalent Concerns for Publishers Revealed by Bodour Al Qasimi at FIL 2 ...

Relay for Life Cancer Fundraiser gives the Public a Chance to Dress Up, Show the ...

UAE's People of Determination Reaping the Benefits of Gaming and Looking Forward ...

The Best Holiday Gifts from Sony this 2022